The History of Laser scanning

Laser scanning has actually been around since the 1960’s, only everyone was more concerned about going to Woodstock. The popularity of 3d scanning didn’t break through beyond the engineering field until the late 1990’s.  Which should have been expected as, laser scanning could never advance correctly until the hard drive storage and bandwidth increased. 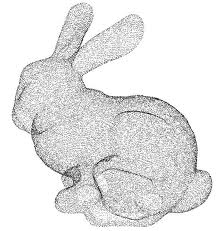 In today’s times, point clouds are too large to be delivered via e-mail or FTP format, but are delivered instead to external hard drives or thumb drives mainly because the data files are so large. Laser scanning, typically started out in the same way GPS (Global Positioning System) was introduced. When GPS was introduced only military personnel, aviators, boaters and surveyors used it. Today, GPS technology is incorporated into millions of various devices throughout the world, including, cars, computers, and mobile phones.

One example of how laser scanning has become more commonplace is the X-box gaming station. If hooked up with the Xbox Kinnect feature, this has the ability to perform a type of 3d scanning. The various games scan the player in real-time, shape movements, size, and collects data to create a virtual reality.

The process of scanning technology is a very simple and a straight-forward science, 3d points are used to define the tangible real surfaces that are scanned. It doesn’t matter if it’s a car, house, jumbo jet or even a person. The finished result is always high quality and accurate detail.

A cloud point can be anything from 10 to 100 GB’s, meaning most CAD programs aren’t able to handle it. The power behind successful three-dimensional scanning is utilizing the point cloud and the built model. The scan takes the collected data and places it from the point cloud in the user’s selected software system. The benefits are being able to visualize both of the components it ultimately maximizes the ability for clash detection (interference in a project), which allows for faster turn-around time on every new project